Pijnacker is part of Pijnacker-Nootdorp, a village which has become increasingly grown through new construction.

In Pijnacker will find a wide variety of facilities. So you can shop in the modern shopping center The Ackershof. For football, tennis, hockey, netball and recreational swimming and many other sports can be enjoyed in Pijnacker.

Also in education, there is something for everyone. Besides primary and secondary schools can be found there playgroups and childcare. Not only for young people, including the elderly, there are special facilities such as nursing home and care center Weidevogelhof the switch.

Lovers of hiking, biking, horseback riding or canoeing can indulge in the Balijbos and Bieslandse Forest, near the buildings of Pijnacker. They are part of the Green-Blue Slinger, a green and watery 'pendulum' near Pijnacker and Delfgauw.

With the motorways A12 and A13 are nearby cities such as Rotterdam, The Hague and Utrecht are easily reached. The N470 is a highway between Zoetermeer, Pijnacker and Delft South, with a branch to Rotterdam. Pijnacker is also easily accessible by light rail.New construction Locations

The major new housing site can be found in Pijnacker South: Keijzershof. This is where approximately 2,300 homes. It is the intention to realize an annual 300 to 400 homes. Keijzershof is a district with a lot of variation in the construction and features a residential care center, schools, shops, restaurants and a children's center in a downtown area. Keijzershof also get a neighborhood park.

For more information about these construction projects are available at the information center Pijnacker South and www.keijzershof.nl.

The first known occurrence of the name now Pijnacker ("Pina Attacker") was from 1222. It is a composition of the Germanic "pin" (lat: pinus), pine and "akra" field.

To the municipality of Pijnacker-Nootdorp are the villages of Nootdorp, Delfgauw and the hamlet of Oude Leede. 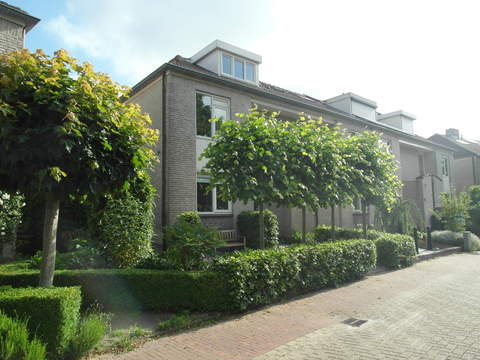