Tanthof is built from the late 70s as a spacious area with many low-rise buildings and greenery. The district is split by the road Abtswoude in east and west. Tanthof is described as "white family neighborhood. It is home to many young families with children. The facilities have been arranged. Most children go to school in their own neighborhood and residents find it the most child-friendly neighborhood of Delft. In total there are around 15,000 people in the district. The prognosis for the future is a slight decrease in number as the children leave home. Tanthof is the most native district of Delft, over 80% of the residents have Dutch nationality.

Approximately 6,900 units located in the district. Characteristic of Tanthof is the high percentage of owner-occupied housing: almost half. Tanthof is via Kruithuisweg, which is a direct connection to the A13 and A4 motorways easily accessible for external traffic. As a result of the spatial structure of Tanthof, there are only two district roads. In Tanthof-West tram lines 1 and 19, which connects the district with the city center, The Hague, Scheveningen and Leidschendam. Drive In Tanthof East is located Delft South Train Station, on the busy route between The Hague and Rotterdam. Also there are buses depart by both. Tanthof is a residential area with little traffic and lots of pedestrian and cycle paths.

Tanthof is the district of Delft with the least number of reports per occupant. Destruction is the most common offense in Tanthof, followed at a distance by bicycle theft. Malice is what prominent. In this district The relatively large number of young people certainly has to do with this. In contrast, other types of incidents - around catering, transport, annoying people, wanderers, drunkenness - will hardly occur in this family neighborhood. Almost 90% of the residents of the neighborhood feels safe.

New! € 950 per month ex.
Kalfjeslaan 60 A, Delft
All properties in Tanthof Oost 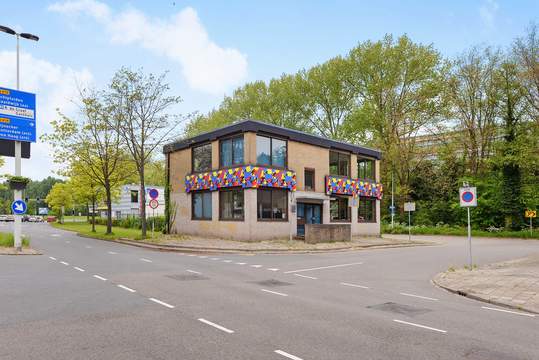